How to glue canvas on a board at home?

Video lesson: How to glue canvas on a board at home? Summary:

*The purpose of the margins is to keep the edges of the canvas safe. Also, if you use a cassette holder (a box with carriers), you’ll keep the paint on a fresh study safe.
** For studies I usually use a glued canvas, not a canvas on a stretcher. It takes up less space and it’s easier to carry. For big paintings I use both, depending on the task. A canvas glued on hardboard is a hard surface which strongly resists a brush, and a canvas on a stretcher is elastic, so in each case you paint in a different way. 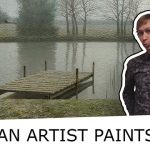 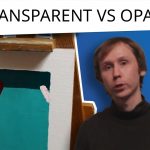 Transparent and opaque oil colours, what is the differenceLessons