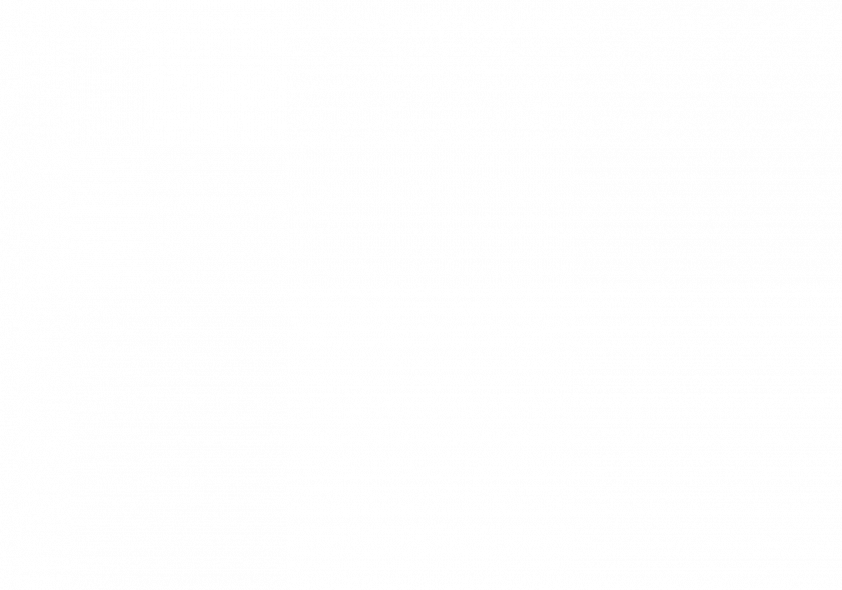 My painting “Spring has come” had participated an exhibition “Open Lesson”, Moscow.

I don’t remember for a while such group exhibition of living now local realists (in a wide sense of the word) to be gathered. 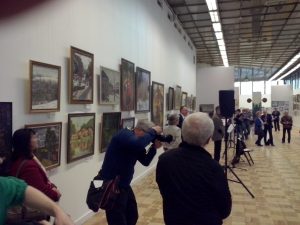 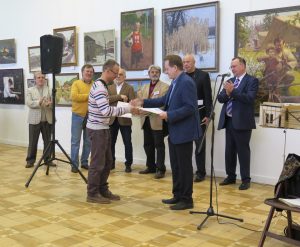 There are several key elements which make it special:

First, from 1000 submissions only 120 came through. Not from members of one union (“by acquaintance”), not paintings in one specific style (such cases are a common story). No, these were paintings from all parts of Russia and other countries, from painters of several generations. This become possible to be organized because an internet art shop (artnow, the biggest in Russia), had helped with the organization.

It’s a first time artnow organises an exhibition ever, while they have on their site thousands of artists for many years. What is important, they can connect artists by skills and interests, allowing them to go around the walls of art world. This is trully an important thing. Here you can see the submissions and see that there was a lot to choose from.

Second, the catalogue of the participants is really interesting (don’t miss it). I was waiting for the exhibition, I wanted to come there and to see the paintings alive.

Third, the organizers were thinking how to do the event interesting. There were a lot of painters on the opening, they were meeting each other at the first time, they were talking. And there were to master classes, “Сaricature” by Bato Dugarzhapov and “Portrait with watercolor” by Vladimir Lapovok.  It’s a rare thing in Russia. 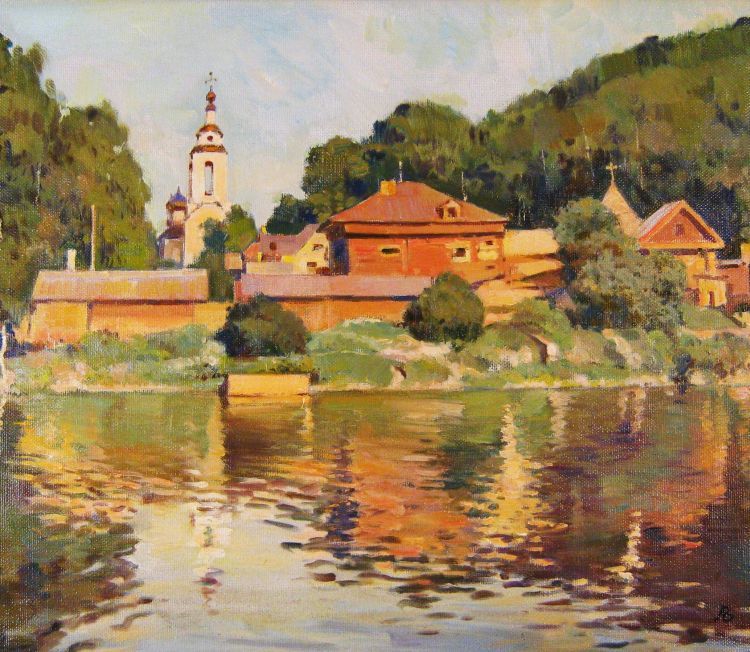 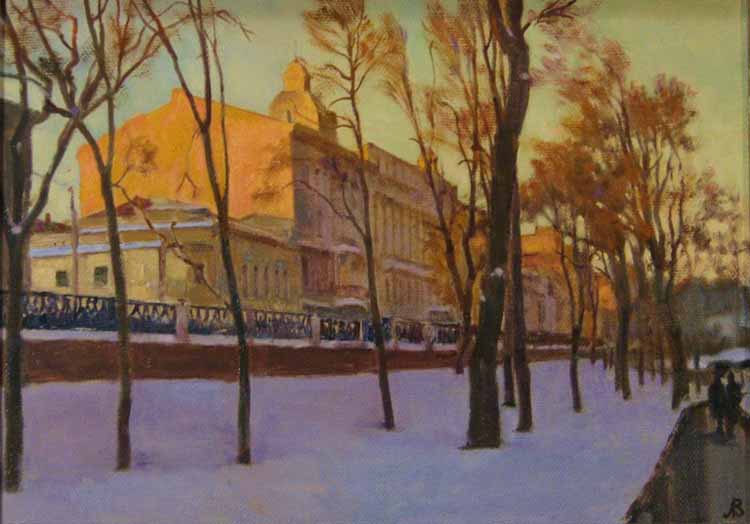 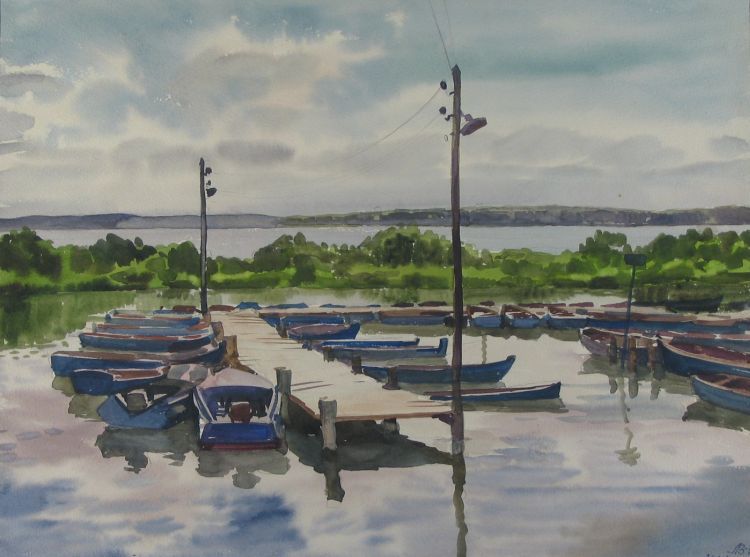 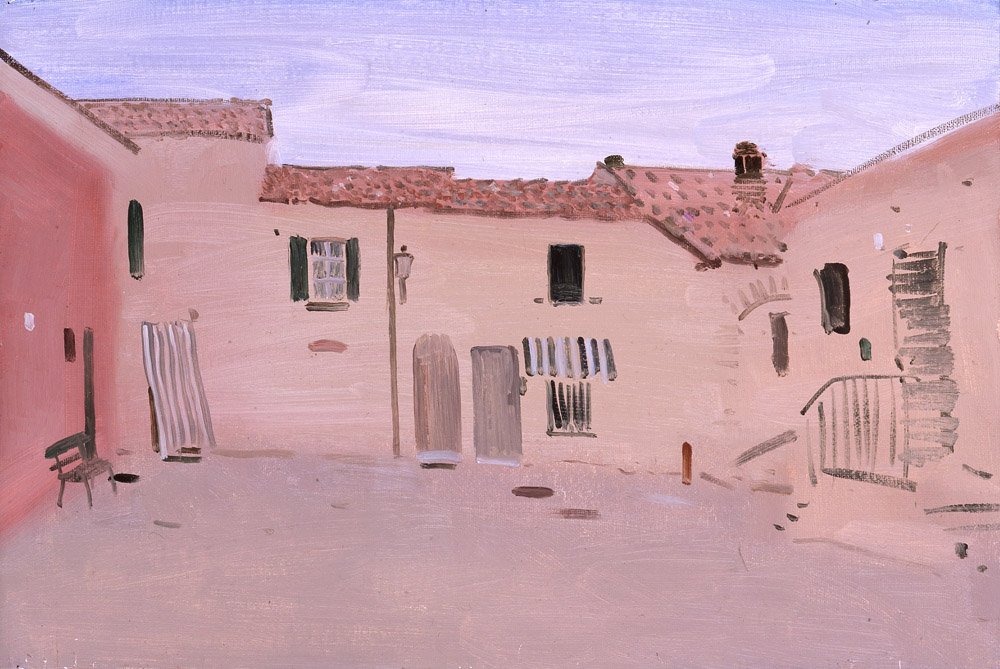 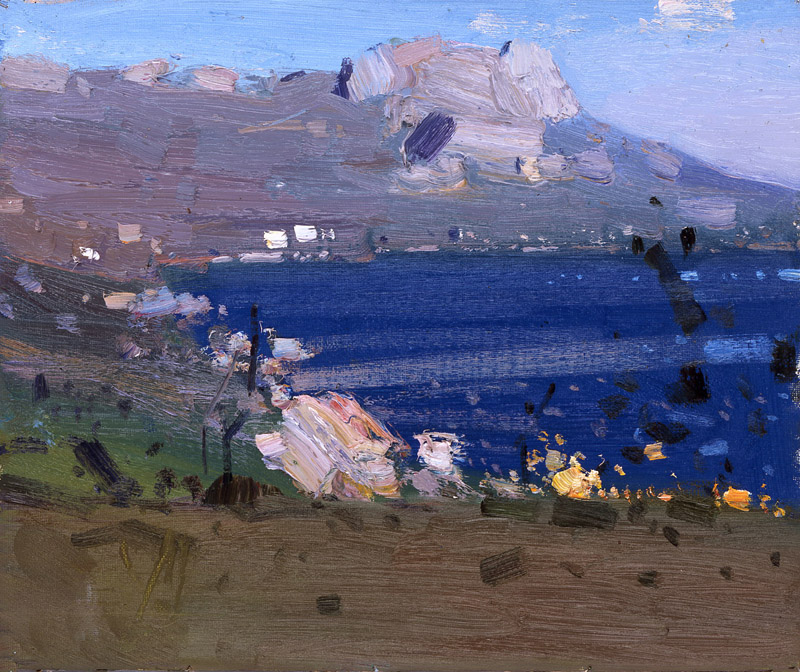 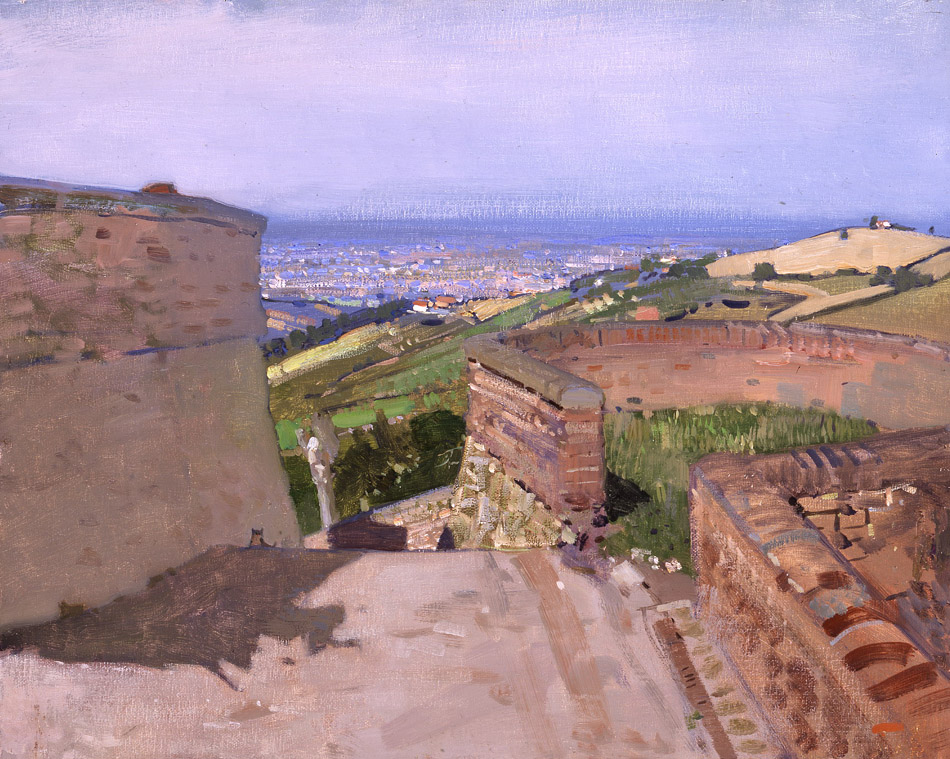 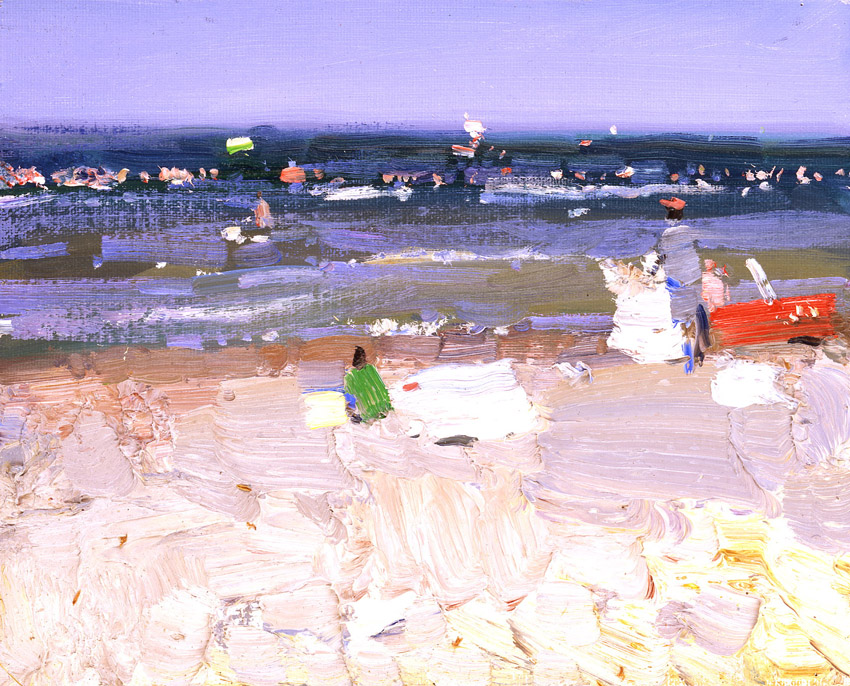 Bato Dugarzhapov – one of my favorite artists. I am astonished how a paint mix on his paintings turns into a landscape, lives as landscape. When I look at his works at close – I can’t understand anything. When I look at a painting from a distance – in that moment before me appear houses, lighten by sun, a road, sunlights on a sea surface, clouds, trees. Amazing! And how much color and energy there is! The strokes are fast, glittering with the color spots, like gems. I didn’t collected these specially for the post, just randomly had chosen in the internet – they are all great.

I always wanted to see his paintings in real life, as well as how does he paint them. 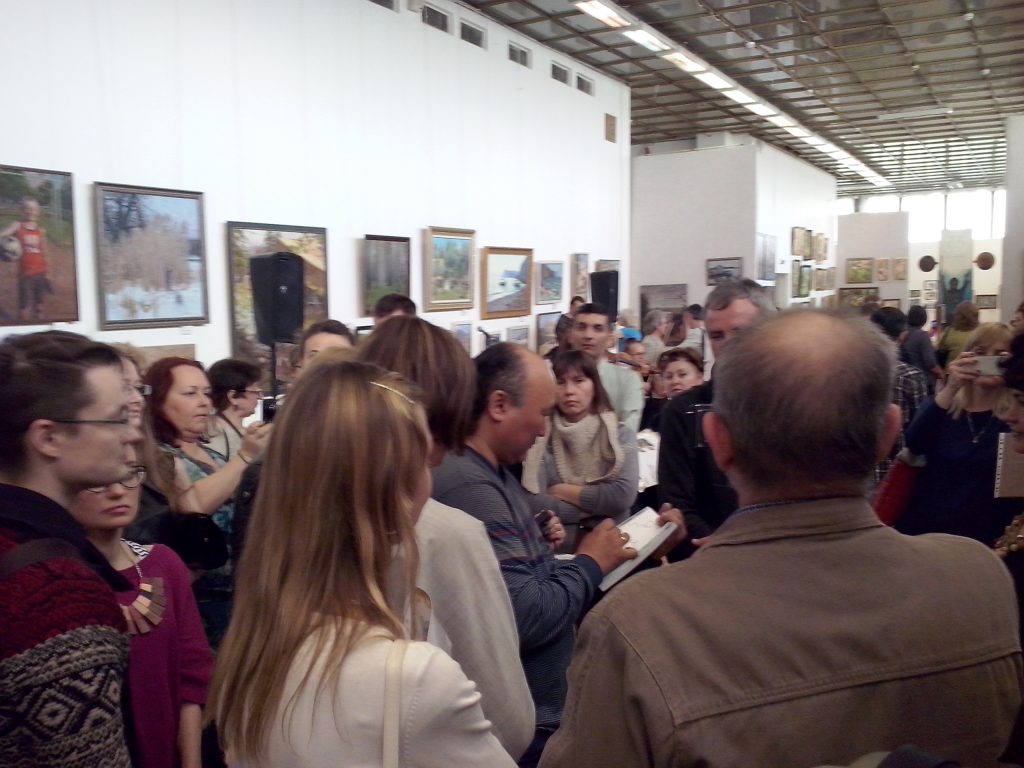 At the beginning Bato had drawn caricatures. A glance on a person – and on the paper appear lines and dots. Carefully aiming, Bato places spots. Then, waving with a hand in the air near the paper surface to catch the movement, he draws a fine line. The image is created! Very characteristic! The main has been caught. The lines and the dots are merged into a portrait. 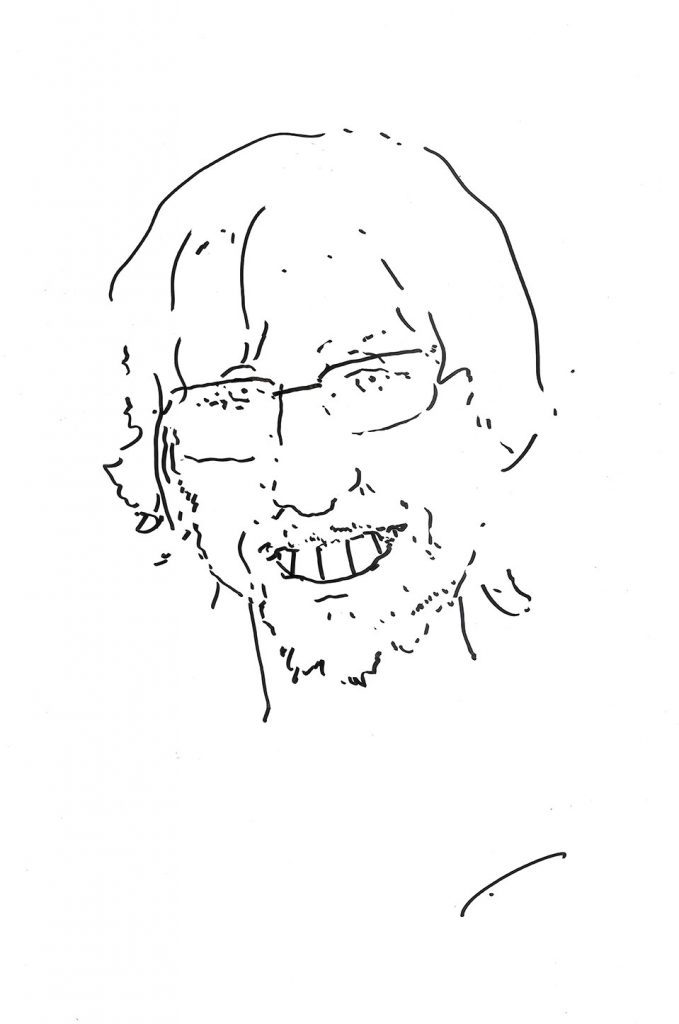 Caricature of me by Bato Dugarzhapov

All the paper, prepared for the exhibition had ended. Bato started to use the backs of flyers from a neighbor exhibition. Bato had drawn caricatures of almost all visitors. After hour and a half of drawing, he had looked around, and seeing me, said “Ha, funny!”, took another flyer and started to draw, looking at my face. After couple of minutes he had said “I had started with a caricature and finished with a portait”. He gave me the drawing, and I was amazed with the resemblance.

But this was only the beginning. Bato had opened his painter’s case, placed a canvas and started to paint a landscape study right amidst the exhibition hall, without any material or even a photo. At start he had painted several stipes, than with a big bristle brush he had scooped several paints and swiftly painted a wide stripe in the top part of the canvas to form a sky. Then he scooped more paint and with the same speed had drawn another stipe. Than he started to fly chaotically with his brush around the canvas, creating a lake, a road, a tree, than disapointing with them, removing them from the face of Earth, adding another elements of a landscape, painting it almost from a scratch, and in an hour a landscape was ready. And gifted to a happy viewer – my student! 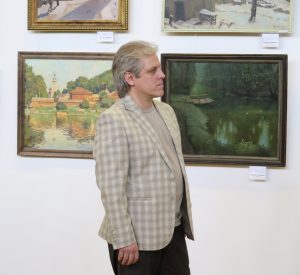 One of the main organisers – artist Alexey Shalaev. 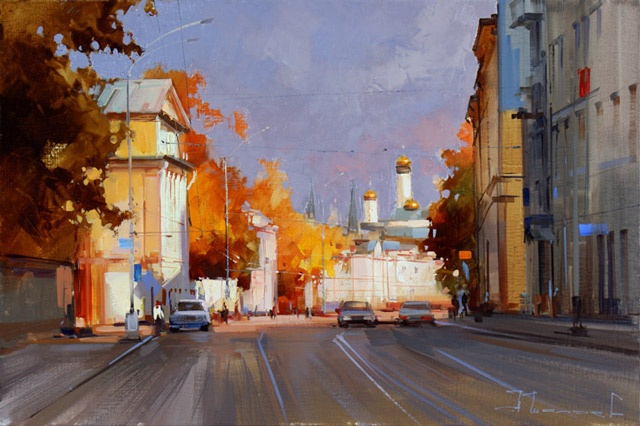 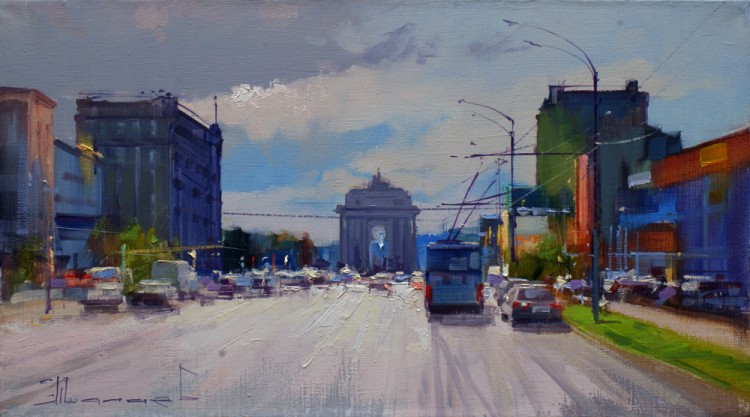 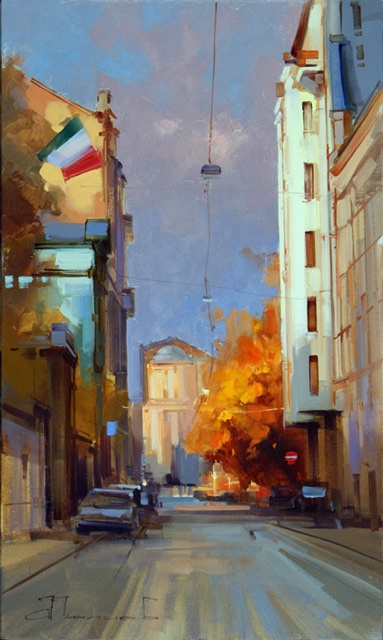 Alexey had told me that it took three month to negotiate with all participants, to gather the works and the rest organizers work. I don’t know were he had found so much patience to endure all that, but in the end of the day he went home with glowing eyes: he was happy that he had gathered so many painters around, gave them an opportunity to talk and to meet each other. He sais that it’s a first step, and he wants to make a bigger events.

I am impressed very much by the whole commotion.

But what is more important – it’s a first step to make the exhibitions in contemporary manner. Events were painters and viewers communicate via internet, and then come to an exhibition to see the paintings in real life. Such exhibitions, were there is a place for master classes, were people know each other, were is a community, like the Plein Air Magazine does it in USA.

Upd: Plein Air Magazine had written a post about the exhibition 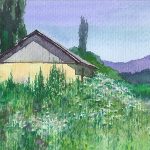 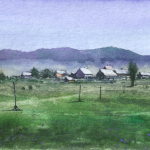